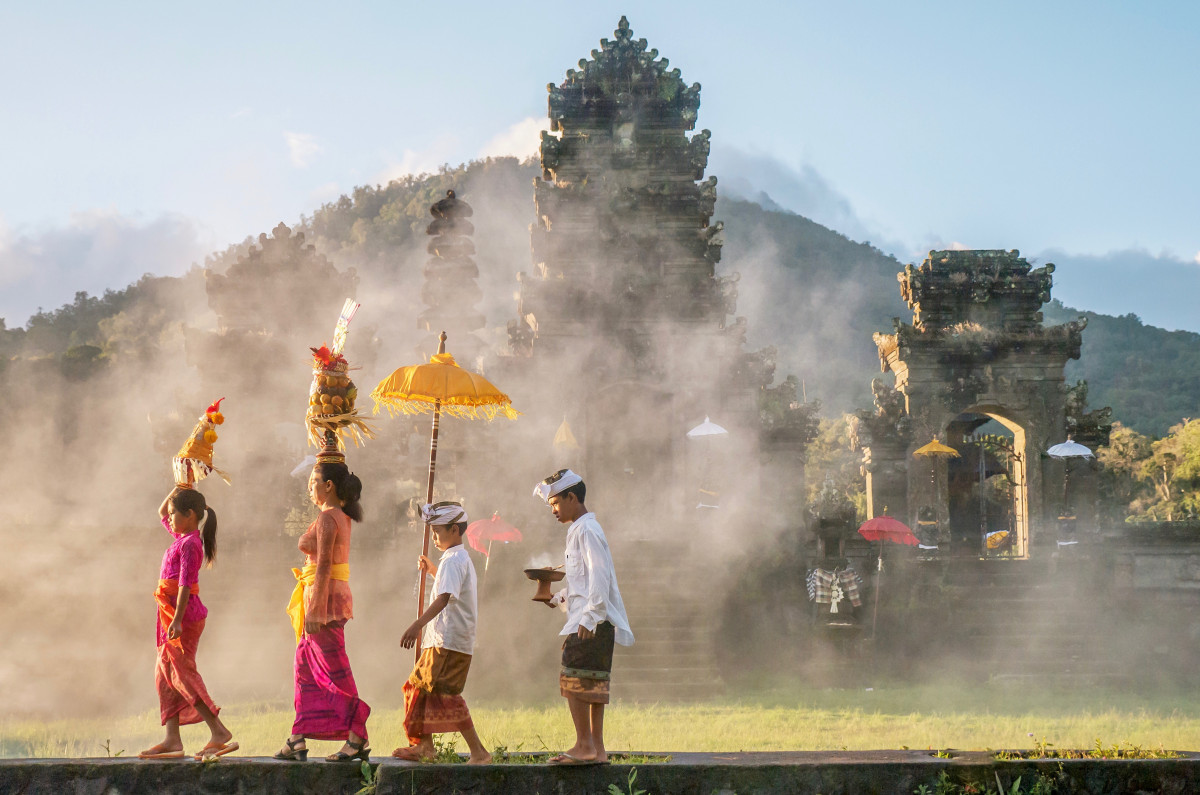 PT Angkasa Pura, the state-owned company that manages Bali’s Ngurah Rai Airport, has published the new travel guidelines for air travel following a circular memorandum issued by the Ministry of Transportation (SE 77 of 2022) covers travel during the continuing COVID-19 pandemic.

The General Manager of Bali’s Airport, Handy Heryudhitawan, told Radarbali.com that he was assuring the public that there would be no obstacle to implementing the new travel guidelines. “Implementing the memorandum SE 77 travel regulations will not change passenger flows at the Airport, and there will be no backloads or accumulation of passengers or operational problems at I Gusti Ngurah Rai Airport,” said Herydhitawan on Tuesday, 16 August 2022.

Handy added that vaccination service is available at a special facility at Bali’s Ngurah Rai International Airport. This service has been open since 07 July 2022 and operates from 9:00 am until 3:00 pm. (Main Article: Domestic Travelers in Bali)

Indonesia has won the privilege to be the global host of the 42nd World Tourism Day, which falls on 27 September 2022.

Quoted by Kompas.com, the Indonesian Minister of Tourism and the Creative Economy, Sandiaga Uno, said: “For the 42nd edition of World Tourism Day, Indonesia has received the honor of being named host with the headquarters for the global celebration to be Bali on 27 September 2022.

The tourism minister announced during his weekly online press briefing on Monday, 08 August 2022.

Sandiaga reminded everyone how World Tourism Day for 2022 has adopted the theme of “rethinking tourism” that encourages the re-surveying of what constitutes quality and sustainable tourism. Meanwhile, the Tourism Ministry’s acting deputy for resources and tourism institutions, Frans Teguh, commented that the theme of “rethinking tourism” needs to be embraced across Indonesia. Adding: “As hosts (for World Tourism Day), we need to agree with other nations that we (all) want to encourage tourism enterprises to develop a tourism model that is people-oriented, quality-oriented, and sustainable.”

Bali’s role as the host for the global celebration also entails the hosting of related events. These events will include panel discussions led by Bali tourism practitioners on “Rethinking Tourism as a Key Element on Recovery” and “The Tourism We Want.”

In the run-up to World Tourism Day on 27 September, the Ministry of Tourism says seminars, competitions, community projects, and clean-up campaigns will be held nationwide. (Main Article: Domestic Travelers in Bali)

International media is focusing on the planned imminent early release from prison of Umar Patek (50), the convicted bombmaker in the Bali Bombing of 12 October 2002 that killed 202 people, including 88 Australians, 38 Indonesians, 23 Britons, and 53 others, spread across 20 other nationalities. At least 209 others suffered severe injuries in the attack.

Patek’s release forms part of a long-standing Indonesian program to reintegrate into mainstream society former terrorists now professing a personal reformation. Patek’s proposed release at this time would fall just short of the 20th anniversary of the murderous attack and represents a total of two years’ sentence reduction for the East Java man.

Channel 9 Australia quotes Australian Prime Minister Anthony Albanese: “This will cause further distress to Australians who were the families of victims of the Bali bombings. We lost 88 Australian lives in those bombings.” Adding: “His actions were the actions of a terrorist, and they did have such dreadful results for Australian families that are ongoing, the trauma which is there.”

The Australian Prime Minister is reportedly making “diplomatic representations” to the Indonesian leadership to discuss Patek’s planned early release and other issues, including the fate of Australians sitting in Indonesian jails. The Prime Minister said Patek’s release from prison is “abhorrent.” (Main Article: Domestic Travelers in Bali)

The Indonesian prison system typically grants sentence reductions in conjunction with the Nation’s Independence Day (17 August) or on religious holidays.

The head of the provincial office of the Ministry of Law and Human Rights, Zaeroji, told the Associated Press that Patek has received a five-month reduction in his sentence for good behavior and could subsequently be released in August 2022. Zaeroji said prisoners in Indonesian prisons are eligible for early release if they meet the legal requirements. Explaining: “While in prison, he behaved very well, and he regrets his radical past, which has harmed society and the country, and he has also vowed to be a good citizen.”

A former member of the militant Islamic terrorist group, Jemaah Islamiyah, Patek, was arrested in Pakistan in 2011 and extradited to Indonesia, where he stood trial and was convicted for his involvement in the 2002 bombing. In 2012 he was sentenced to 20 years for murder and bomb-making in connection with the Bali terrorist attack and a Christmas Eve attack on a church in 2000. (Main Article: Domestic Travelers in Bali)

The anger of many members of Australian society is disagreeably palatable. Erik de Haart, an Australian, who helped evacuate victims from the Bali bombsite, speaking on the Australian TV program Sunrise, questioned the Indonesian justice system that allows a man who has killed and injured hundreds, like Patek, to go free and the execution of Australian citizens Bali Nine members for simply smuggling drugs and who had demonstrated regret and remorse during their pre-execution imprisonment.

De Haart added, “This guy’s responsible for the death of over 200 people, and he gets released early because he was a good boy in jail? Please. Anyone can pretend to be de-radicalized—but, at the end of the day, he made a weapon that killed 202 people, including 88 Australians. And, you know, 10 years? Is that enough? … He doesn’t deserve to be given a good-behavior release”. (Main Article: Domestic Travelers in Bali)

De Haart has joined a substantial chorus of fellow Australians calling for Australia to take a harder line with Indonesia, including rejecting a billion-dollar loan being extended by Australia for COVID-19 recovery.

Jan Laczynski, a survivor of the bombings, interviewed by Channel 9, said that many Australians would be “devastated” by Patek’s release. “This guy should not be going out unsupervised, unmonitored,” he said. (Main Article: Domestic Travelers in Bali)

A police strike force headed by the chief of the Denpasar Precinct, Police Commissioner Bambang Yugo Pamungkas, raided a fourth-floor meeting room in an unnamed hotel on Jalan Kartika Plaza in Kuta Bali at 8:00 pm on Saturday, 13 August 2022, suspected to be the headquarters of an illegal online gambling operation.

As reported by Balipost.com and Beritabali.com, Police Commissioner Yugo told the press that police came to the location following reports from local citizens and the hotel’s management, who were suspicious of activities taking place in the hotel’s Orchid Meeting Room. Yugo confirmed that the Head of the Bali Provincial Police has ordered a crackdown on online gambling and that his officers continue reviewing the material gathered from the suspected gambling center.

The hotel’s management confirmed that the meeting room had been booked and used over the past several weeks. Police believe the party renting the conference room were locals currently sought by police. (Main Article: Domestic Travelers in Bali)

Kompas.com reports that Travel + Leisure has published its list of the “25 Best Islands,” naming the Island of Bali as the World’s 3rd best.

In an online poll conducted from 25 October 2021 until 28 February 2022, the sophisticated readership of Travel + Leisure were asked to rate their favorite travel experiences, from destinations to hotels, attractions, and transportation providers.

The list of favorite holiday islands was based on Travel + Leisure reader reviews on the friendliness of native populations, local cuisine, tourist activities, panoramic views, and quality of beaches. (Main Article: Domestic Travelers in Bali)

The Travel + Leisure global list of the 25 best holiday islands for 2022 and accompanying scores:

Teams from the Attorney General’s office have seized the assets of an Indonesian businessmam Surya Darmadi located across three provinces of Indonesia – Jakarta, Bali, and Riau,

As reported by Sindonew.com, Darmadi is currently charged in a corruption case involving Rp. 78 trillion in two separate cases. One is the result of allegations of malfeasance by the Corruption Eradication Commission (KPK) involving the change in the status of jungle land in Riau. The second case alleges Darmadi, via his company PT Duta Palma Group in Riau, illegally usurped land measuring 37.095 hectares.

In Bali, as reported by Balipost.com, Prosecutors have taken action based on a ruling made by the Denpasar High Court (Nomor: 5/Khusus/Pen.Pid.Sus-RPK/2022/PN/ Dps). Prosecutors seized a parcel of land held by PT Menara Perdana measuring 26,730 square meters on Kuta Beach occupied by the Hotel Holiday Inn Resort Bali and the adjacent Hotel Holiday Inn Express Bali. (Main Article: Domestic Travelers in Bali)

Another parcel of land in Kuta comprising 2,000 square meters owned by the Duta Palma Group has been seized as part of the corruption case. (Main Article: Domestic Travelers in Bali)

In Riau, the government has seized a piece of land measuring 10,944 square meters on which stands a building operated by PT Duta Palma in Pekanbaru.

Gala G20 Cultural Dinner to be held at GWK

Bali’s iconic Garuda Wisnu Kenaca Cultural Park (GWK) Lotus Pond has been selected as the venue for the welcoming cultural dinner for at least 20 heads of state and related delegations expected to attend the G20 Summit in Bali in late November 2022.

As quoted by NusaBali.com, Andre Prawiradisastra, the head of marketing communication and events for GWK, told the press on Saturday, 20 August 2022, that preparations for the prestigious November dinner have reached the 80% level.

Among the items being prepared for the G20 Summit Dinner at GWK in November is the renovation of the entrance gate, creating new steep access roads. Andrew confirmed these three main preparatory steps with other projects, including CCTV surveillance installation and enhanced public area lighting. (Main Article: Domestic Travelers in Bali)

Various government ministries and agencies are helping GWK prepare for the big event. This includes the Ministry of Public Works and Public Housing. Andre added: “Everything must be ready by September. But, by August, President Joko Widodo may come to check that all is clean and ready.”

Andre warned the public to expect the popular GWK Cultural Park to be closed for three days before the event, from 16 -18 November 2022, and 2 days after the gala dinner.

Like to know about our (DAT) Dolphin Assisted Therapy Center at Bali Exotic Marine Park?

When I’m working on a problem, I never think about its beauty, I just think about how to solve the problem, but whe… https://t.co/yDflgnWu5N
04 Jan 2022
If a project is intense, valid, and has a powerful idea, its imperfections will be in the background
04 Jan 2022
Early in my career...I had to choose between an honest arrogance and a hypercritical humility... I deliberately cho… https://t.co/NFAUFGWh35
04 Jan 2022

Find out more about our dolphins and their daily live...